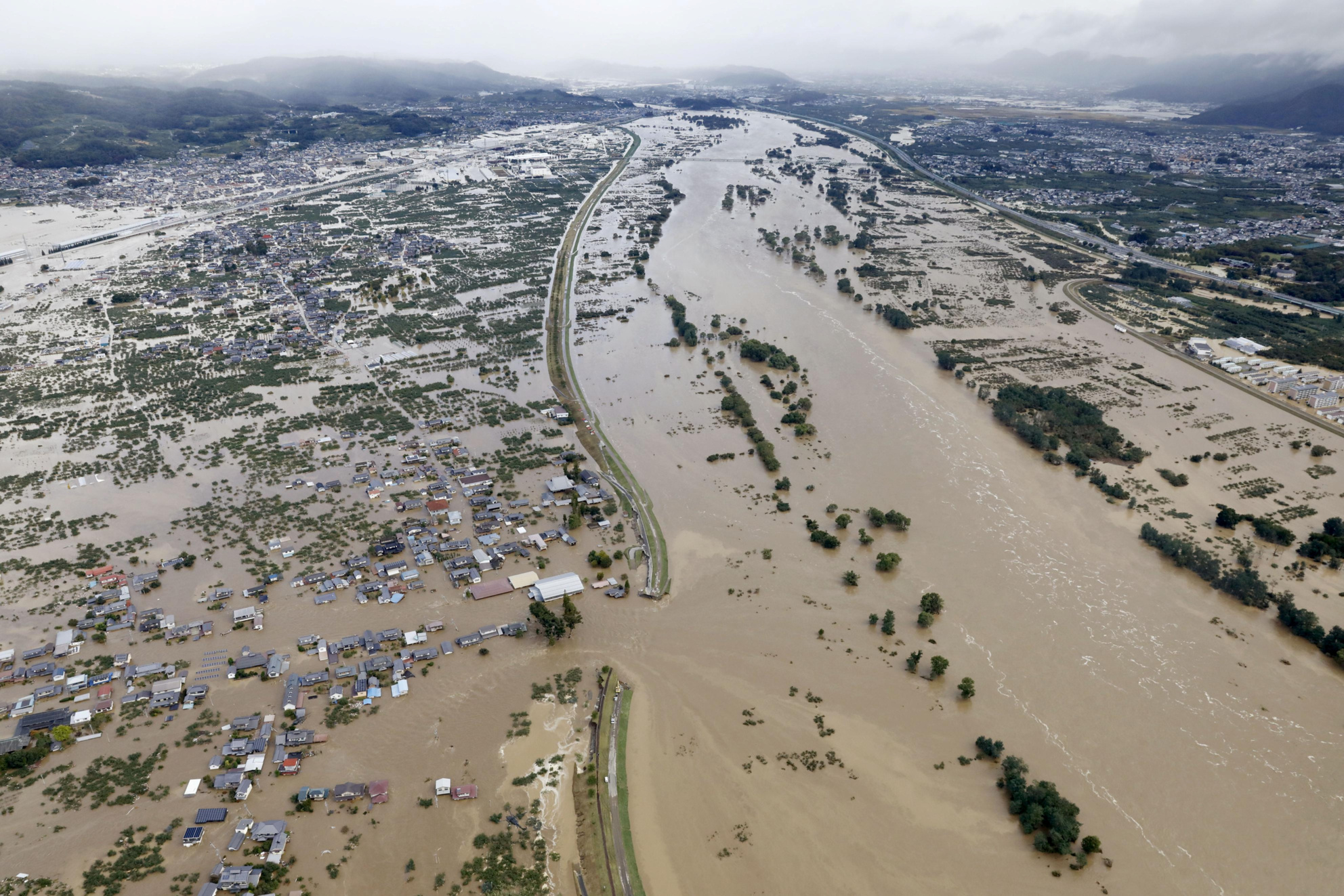 When Hagibis made landfall it packed sustained maximum winds of around 167 km per hour, according to data from the U.S. Navy's Joint Typhoon Warning Center. However, some of its strength had dissipated over the ocean before reaching the coast of Japan. Maximum sustained wind speeds peaked at 259 km per hour two days before making landfall but this was still not as powerful as last year’s Typhoon Mangkhut or the devastating Typhoon Haiyan which hit the Philippines in 2013.
Tags Inclement weather insurance
Event cancellation insurance

Rugby World Cup: England-France match off because of Typhoon Hagibis 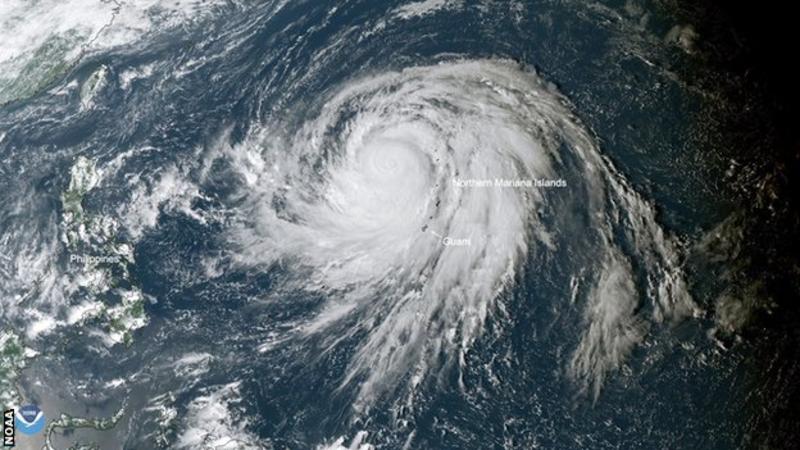 The typhoon, described as the biggest of the year, is set to wreak havoc in Tokyo and surrounding areas.
Ireland's match with Samoa in Fukuoka is expected to go ahead as scheduled.
"The decision to cancel matches has not been taken lightly," said tournament director Alan Gilpin.
"It has been made with the best interest of team, public, and tournament volunteer safety as a priority based on expert advice."
Tags Event cancellation
Inclement weather insurance

The climate is hugely unpredictable now: UK festival bosses sum up the 2019 season. 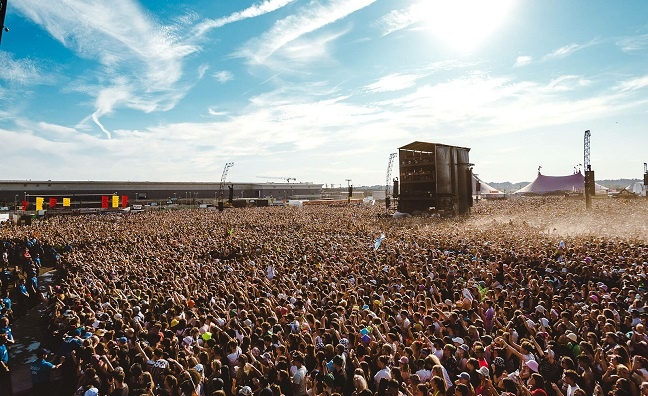 Robinson, who works on festivals such as Kendal Calling, Bluedot and Inner City Electronic, told Music Week: "I don’t think we can hide from the fact that the climate is hugely unpredictable now. Obviously there have been some big cancellations – shows that just didn’t go ahead – and for us a real focus is on how we plan for the worst in terms of weather.”
“The biggest negative has got to be the festivals that were cancelled because of the weather before they took place," agreed Elbourne. "I’ve been to events where they’ve had to close down for a day or have gone out through electrical storms, but to actually have it cancelled before you open the gates is really unusual and you wonder about the insurance implications.
"Boardmasters wasn’t that long before Reading & Leeds, which probably had their best weather ever, so that’s very hard to predict. I’d be interested to see how much people’s insurance goes up next year and what covers what.”
Tags Event insurance
Event cancellation insurance
Inclement weather insurance 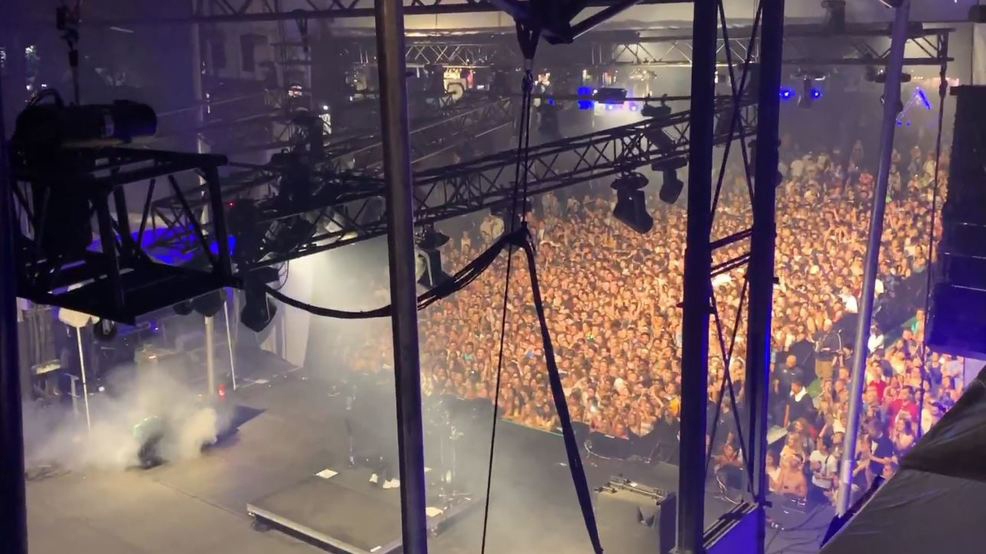 Incidents at two separate live music events this weekend left around 50 fans injured.
Thirty people sustained injuries at a 20,000-capacity rap concert in Essen, Germany on Saturday night (31 August), when a large LED screen fell into the crowd. Police told reporters that two fans were left in a “critical condition” following the incident at the Marteria and Casper concert.
The concert was immediately cancelled and fans evacuated from the area of Seaside beach, Lake Baldeney. According to some reports, extreme weather contributed to the collapse.
The rappers later took to social media to thank “our crews, the emergency services and local authorities” for their professional response
In the United States, more than two dozen festivalgoers were injured at AEG-promoted Bumbershoot music festival at the Seattle Center. A steel barricade separating the crowd from the stage collapsed during a performance by DJ and producer Jai Wolf.
Tags Event insurance
Inclement weather insurance
Concert cancellation isnurance

Will the Rolling Stones concert survive the threat of Tropical Storm Dorian? 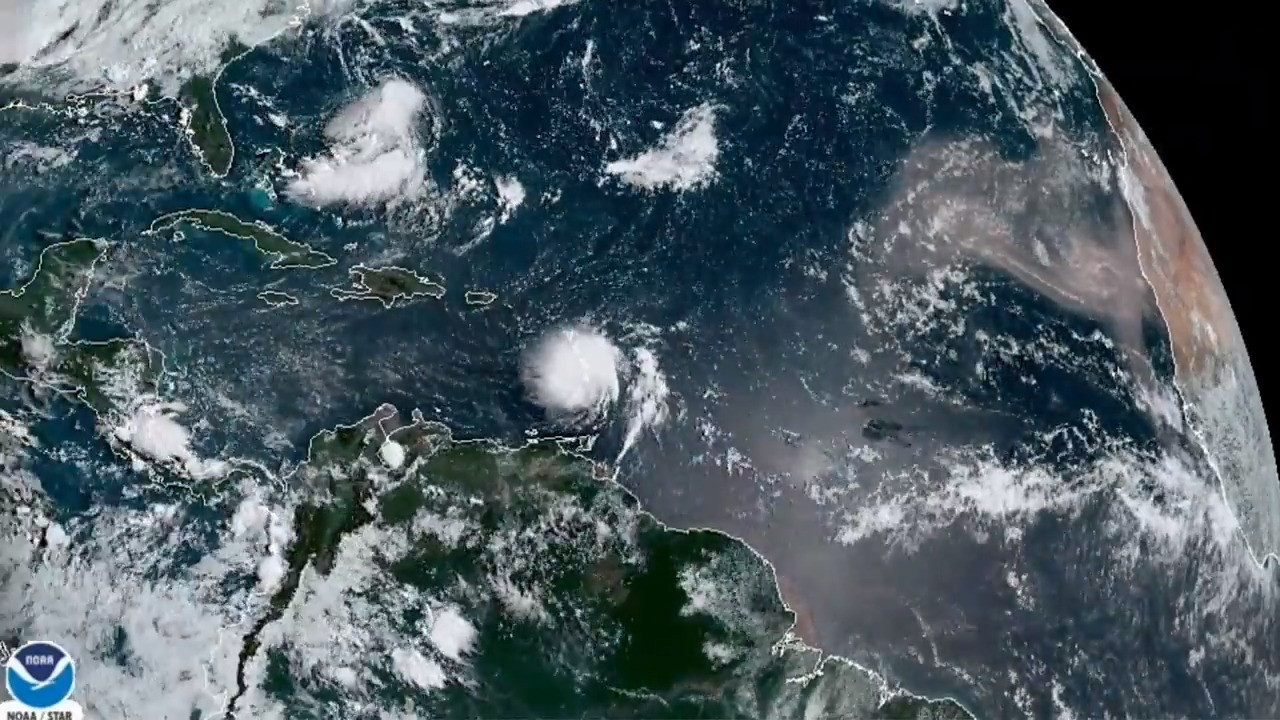 Jagger, Keith Richards and the band are scheduled to play Hard Rock Stadium in Miami Gardens on Saturday night. But the forecast is uncertain how much the region will feel as Dorian makes its way across the Caribbean and toward Florida.
Tags Concert insurance
Inclement weather insurance 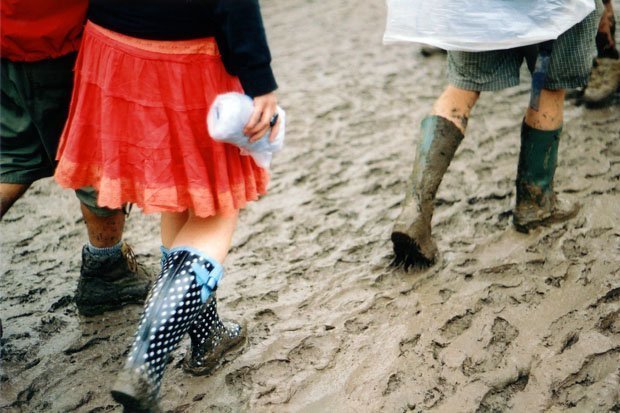 Further information about refunds will be coming soon and more information will be shared on social media, Houghton's team said. (RA ticket buyers, please note: Information regarding refunds will be available later today.)
Festival organisers announced the cancellation today in a statement on Facebook. "Tragically, following this morning’s reports and further consultation with authorities, health and safety and all the festival directors, the decision has been made to cancel Houghton 2019," they wrote. "Nothing is more important than the safety of our customers, staff and performers, which would be compromised if we were to go ahead." They closed: "Please do not turn up on site today, and pass this message onto anyone else you know who may be leaving for the event today."
Tags Inclement weather insurance
Concert promoter insurance
Event insurance 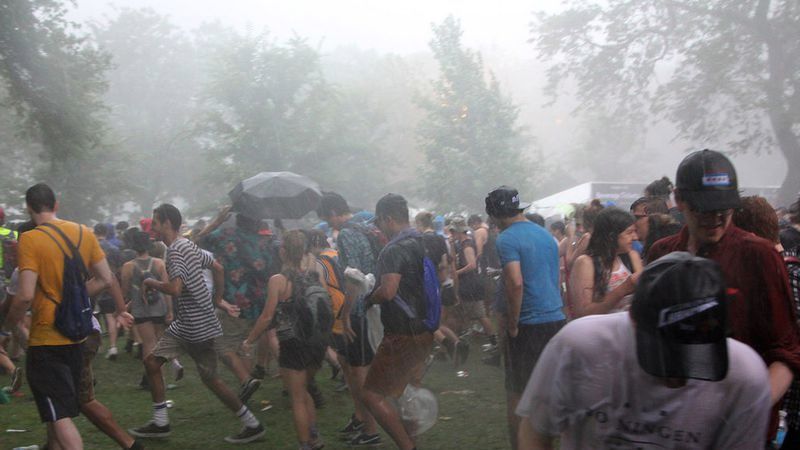 After the sky opened up over the festival in Union Park on Saturday (July 20), organizers cited "dangerous weather conditions" as the reason for the evacuation approximately halfway through the second day of the event's programming.
Fans at Pitchfork Music Festival in Chicago were evacuated from the site on July 20th.
The event kicked off on Friday, July 19th at Union Park in Chicago, boasting a wide-ranging line up that moved from HAIM to Belle & Sebastian via The Isley Brothers and Earl Sweatshirt.
Tags Inclement weather insurance
Bad weather conditions 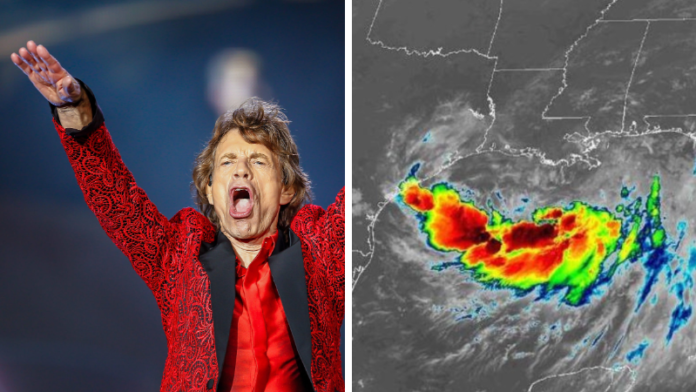 The band tweeted Friday night that its rescheduled concert has been postponed until Monday because of Hurricane Barry, which reached a Category 1 just before 10 a.m. Saturday.
"Hang onto your tickets, they will be honored on July 15," Stones members said in a tweet. "We’re here with you — we’ll get through this together."
Early Saturday, Barry was moving northwest toward land at 5 mph with 70 mph winds, NHC Director Ken Graham said in a Facebook live video. The storm was expected to make landfall around noon.
The band initially was scheduled to perform May 2 at the New Orleans Jazz and Heritage Festival. The performance — and the band's No Filter tour — were put on hold so lead singer Mick Jagger could receive medical treatment, USA TODAY reported in April.
Tags Inclement weather insurance
Event cancellation
Event cancellation insurance

Lincolnshire Show organisers respond to rumours weather could force cancellation of the event. 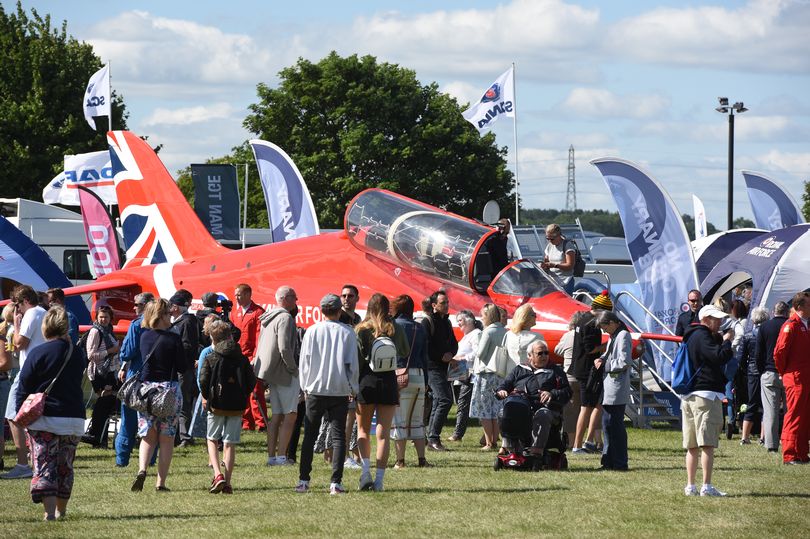 Adverse weather which has battered the county over the past week has led some to speculate on how further rainfall could impact the Lincolnshire Show.
One of the biggest events in the county's calendar, this year’s show will be held on Wednesday and Thursday, June 19 and 20 at the Lincolnshire Showground.
But after the Met Office issued a yellow weather warning for Lincolnshire, concerns were raised about whether the event could be under threat.
Tags Event insurance
Event cancellation insurance
Inclement weather insurance

Cancellation of Epicenter music festival in Rockingham, North Carolina because of severe weather.

The rock-oriented Epicenter Festival, which replaced Carolina Rebellion, is in the midst of its inaugural edition in Rockingham, North Carolina this weekend, and it isn’t off to the greatest start. The festival’s Saturday evening (5/11), including scheduled sets from Tool, Judas Priest, The Cult, and more, was cancelled because of severe weather; heavy thunderstorms moved into the area, accompanied by wind gusts and a tornado warning.
Tags Event insurance
Inclement weather insurance
Music festival promoter insurance